This verse from the Bible could well be speaking of Pastor Greg for he is originally a sailor by trade.

Born in 1970, and raised in New England, one of his favorite memories from childhood is that of sailing with his Dad each summer in the waters off of Cape Cod, Massachusetts. It was during those early years that Pastor Greg feels God placed in him a love for the sea such that when he grew up, after graduating from Lafayette College in 1992, he went to sea for about eight years aboard traditional tall ships. In those days he sailed in the positions of student, deckhand, mate and captain plying the waters of Coastal Maine, the Canadian Maritimes, the Great Lakes, the Caribbean and Southern California. 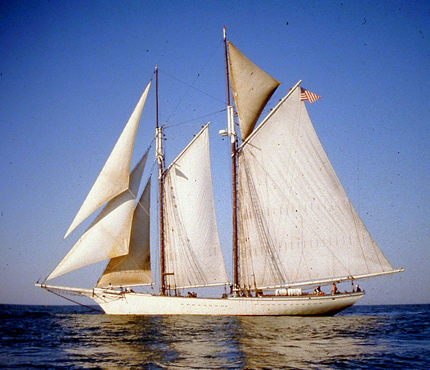 It was while sailing out of Rockland, Maine in 1993, that he met his lovely wife, Beth. They were married in 1996, and blessed in the spring of 2000, with their beautiful daughter, Naomi, who is the joy of their life!

Pastor Greg loves playing with children and when on a playground usually becomes a magnet for the kids. But at the same time he also loves each person he meets and is equally enthusiastic about serving senior citizens. He has volunteered in nursing homes since his college days and enjoys people of all ages.

Above all, Pastor Greg loves God and his Lord Jesus Christ. Having seen “God’s wonders in the deep,” he decided his highest ambition in life was to become a Lutheran pastor. He attended Concordia Seminary in St. Louis and graduated from there in the spring of 2005. On August 7th of the same year he was ordained and installed as pastor of Christ Lutheran Church in Cape Canaveral. He is a confident preacher of God’s Word and seeks to love his congregation, grow them in the faith, and ultimately guide them safely to the quiet and golden shores of God’s kingdom to come. 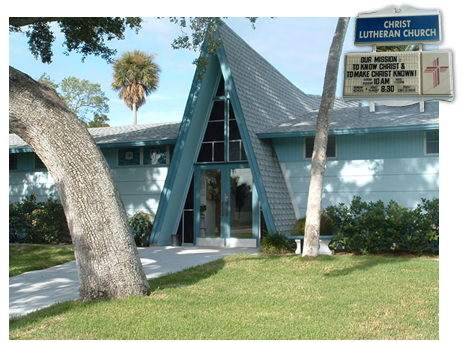 Christ Lutheran Church began in 1960, when a number of Lutheran Christians purposed to establish a church along the beaches of Cape Canaveral and Cocoa Beach. Their aim was to build a Christian fellowship that would be able to reach people living in these towns with the love of Christ.

Since her early days, Christ Lutheran Church has been served by faithful pastors of God’s Word. These pastors have helped create a very friendly and loving congregation who are grounded in the faith, devoted to Jesus Christ, and eager to serve their neighbors in love. Of the five pastors who have served our church, the last two served for 17 years and 21 years respectively.

When Pastor Greg came to Christ Lutheran in the summer of 2005, he found a congregation that was generous, welcoming and friendly but who were looking for a new vision and fresh energy to guide them into the future. He began then by visiting the whole congregation in their homes during the first year that he might get to know each member individually. Then in the summer of 2006, he shared with the congregation new Mission and Vision statements that he believed would help guide the church into the future. (click here to see statements)

The aim of Pastor Greg’s vision was that the congregation would take their strongest quality – Christ-centered fellowship – out into the community by creating places where we might share the love of Christ outside the church building. In September of 2006, the Nursing Home Visitation Team, the Fishing Team, and the Ladies Luncheon Ministry were created. In September of 2007, we began the Mom’s Morning Out Ministry and the Scottish Highland Games Festival for Children.

With God’s Word to guide us and the wind of God’s Spirit filling the sails of our prayers, we are going forward with a fresh breeze in service to our Lord and acts of love to our neighbor!

The Lutheran Church-Missouri Synod (LCMS) is a denomination devoted to teaching the truths of the Bible, proclaiming the gospel of Jesus Christ, and loving our neighbors in word and deed.

The Bible we hold to be God’s Word. We believe and teach that the 66 canonical books of the Old and New Testaments are indeed inspired of God and so are inerrant (without error) and infallible (a trustworthy guide) with respect to the truth, our faith and practice.

The Gospel we proclaim is beautifully and succinctly expressed by St. Paul in Ephesians 2:8-9. “For by grace you have been saved through faith; and this is not your own doing, it is the gift of God – not because of works, lest any man should boast.”

Loving service to our neighbors is clearly seen in the acts of each individual congregation as well as on a national level with the LCMS World Relief and Human Care, Lutheran Women’s Missionary League, and the nation’s largest Protestant elementary school system.

The LCMS denomination is made up of approximately 2.5 million baptized members in over 6,000 local churches who have agreed to walk together (the word “synod” means “walking together”) in a common confession. We are congregational in structure (we have no bishops) and are served by called and ordained pastors who have completed a Master of Divinity degree at one of our two seminaries. At the present time the LCMS is the second largest Lutheran denomination in the United States.

Sunday Adult Bible Study
8:30 AM
(inside the Sanctuary or fellowship hall)