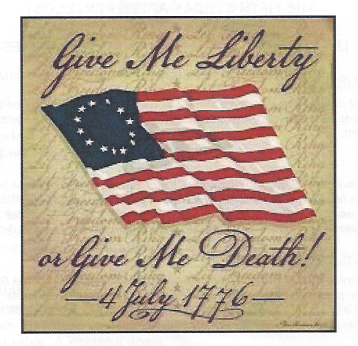 Is There Hope For America?

The words shared below pertain not to this Sermon, but to the Heartbeat Bill that is in need of 891,000 plus petitions to be signed for it to automatically go on the 2022 Florida Ballot as an Amendment to the Florida Constitution.  Only 60% is needed to pass the bill.

Print, fill out, and mail the petition to:

Listen for these questions and answers  for “Is There Hope For America?” , below in the 1-part Video.

NOTE: THE MP3 PLAYER AUDIO ONLY SERMON BUTTON BELOW THE YOUTUBE VIDEO, IS AVAILABLE FOR WHEN YOU CANNOT WATCH A VIDEO.

Scriptures below from the church bulletin used in the Sermon: (coming soon)

Questions to think about before you hear the Sermon:

Listen for these questions and answers  for “Is Your Bible Lost or Found?”, below in the 1-part Video ,  or the one-part MP3 Audio Sermon.

Scriptures below from the church bulletin used in the Sermon:

Before 1963 biggest problems in school: talking, chewing gum, making noise, getting out of turn in line, wearing improper clothing, not putting wastepaper in Wastebasket

How may church Pastors of the following denominations do not believe in the Resurrection of Jesus Christ? (a 1987 survey of 7,441 Pastors, done from Pulpit Helps, December 1987, which these numbers are most likely much worse)

How many when asked if the Bible was the inspired, Word of God without error believed this to be true?

If the Holy Spirit inspired the Saints/Authors of the Bible to write the scriptures, why did God see fit ro record so carefully for us in the scriptures the many sins of the saints, even the all-star famous saints of the Bible?   If mere men wrote the Bible, and tried to put forth a religion of their own making, they’d have wanted to share only the good points and highlights of their heroes, right?  How does God seek to grow our faith and encourage us by this sharing of the Sins of the Great Saints of the Bible?

Listen for these questions and answers about “Gods Love For Sinners”, below in the 1-part MP3 Audio Sermon below.

Scriptures will be listed below from the church bulletin used in the Sermon:

Keywords: God’s patience, drunkeness of Noah and Lot, Caved in to fear of Abraham, Lies of Jacob, Sexual Immorality of Rahab, Adultery and Murder of David, Denial and Cowardice of Peter, Raging and Persecuting against the church of Paul, Thomas doubted it was Jesus which was weak faith, forgiven because of their faith, conviction, great saints of the Bible

Does God really want us to have joy in life?  Do you have a joy no one and nothing can ever take away from you?  Why is there not more joy in the world?  What about your despair and fear over your future?

Listen for these questions and answers about “Where to Find Joy in Life”, below in the 1-part Video or 1-part MP3 Audio Sermon below the video.

Scriptures below from the church bulletin used in the Sermon:

Keywords: sin brings sorrow, guilt, fear , loneliness, depression, anxiety and death, key: your joy in life is equal to your faith in the gospel, happiness in Christ and the Gospel, conviction, powerful prayer

Does God have anger with us at times? Who can stand before it? Is God Loving, Anger, both? Is God provoked to anger, righteous indignation, by our sins and wickedness and unbelief? What hope do we have He is not angry with us when we consider OUR sins?  When you return to God, in repentance of sins, looking to Jesus, there is no more anger, no more wrath, only smiles and joy. Do you get this?  The Pharisees couldn’t get this or accept this.

Listen for these questions and answers about “Is God Still Angry With Me?”, below in the 1-part MP3 Audio Sermon below.

Scriptures listed below from the church bulletin used in the Sermon:

Words are Powerful! Do you ever think about the words in your life, words that you say, and words that other’s say, the one’s that hurt?

Remember the times in your life when someone plucked up your spirit by good words?

Remember the times in your life when someone spoke hurful words to you – especially a father, mother, someone close to you, like “You’ll never amount to anything” ?   Or, you’re a Failure?

How can we learn to heal from black arrows?

Listen for these questions and answers about Healing From Black Arrows below in the 2-part Video or 1-part MP3 Audio Sermon below.

Some of the Scriptures from the church bulletin used in the Sermon are listed below:

Sunday Adult Bible Study
8:30 AM
(inside the Sanctuary or fellowship hall)